A dinner to remember in Nashville

We'd planned on a few days in New Orleans.  But the storms and flash flood warnings made us think twice.  We decided on Nashville instead.  For one night's dinner I made a reservation at Josephine based on TripAdvisor reviews.  Little did I know that the Nashville Magazine rated them as #1 in town.

We were shown to our seats and our server turned up almost immediately.  I ordered from the aperitif menu, something one doesn’t often see at Southern restaurants, even Nashville.  I asked fol r the Lillet Blanc, a lovely French apéritif. On the rocks.  With a splash of soda and slice of orange, as I would have ordered it in France. She came back to say they were out of that. (Well, one step down from being impressed about the nice apéritif menu).  She offered me a French option, Pineau des Charentes, but she did stumble over the pronunciation. I was happy to help and wasn’t at all disappointed by the replacement. 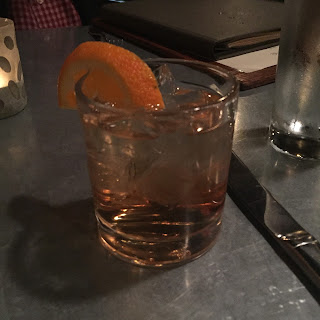 We ordered an appetizer to share: the “grilled/chilled asparagus with fresh jumbo lump crab with brown butter hollandaise.  It was delicious if a little short in “jumbo lump crab.”  For the price, a bit small. But delicious nonetheless. 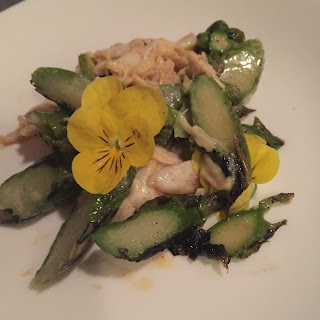 For our main courses I ordered the “Dumpling, rabbit, morel mushroom, peas, grilled onion, spring herbs.” Oh yum. I could find no fault in any part of it. 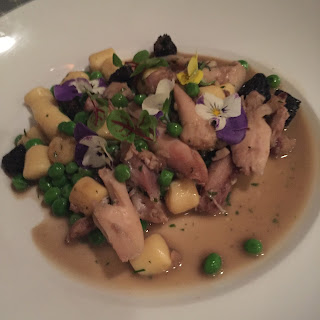 For his, my hubby ordered “Porter Road pork chop, shaved asparagus and arugula salad, radish, lemon, pecorino.” As pork is almost always overdone, even in good places, he asked for medium rare.  Our server said that was not possible, but they could do it medium. 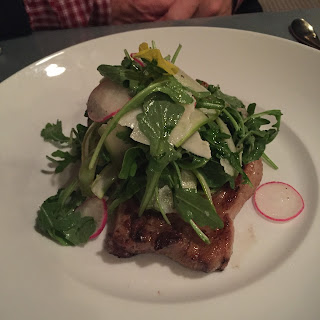 That would be okay if it had actually been done that way. But it was cooked well done, and although tasty, was drier than either of us would have liked.  In defense of our server, she offered to have another one done but we were well into our meal before she came back to check and were meeting friends later.


After we’d ordered a delightful couple was seated at the next table. They ordered all from the appetizer/small plate menu. Pretty much everything on it.  And insisted that we taste a couple of their items, since I think they might have over-ordered.   So we got a taste of the fried chicken skins. Oh golly, you’ll never want pork cracklin’ again! And they had us try the scrapple. Okay, fine, my hubby is from PA, and thought it was delicious.  And the cauliflower--good but a bit spicy for my taste…I’m a wimp that way. 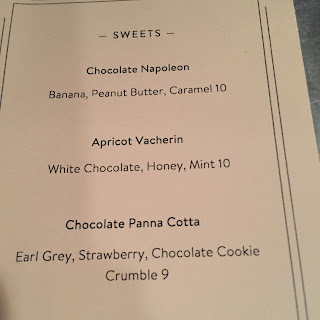 We’d had a lovely dinner and didn’t do dessert—we rarely do.  But the list looked good. All in all, except for the overdone pork chop, it was a fabulous meal, and we can both see why it is so highly rated in Nashville, a town with so many fab places for dinner!
Posted by Alyce at 8:48 PM No comments: